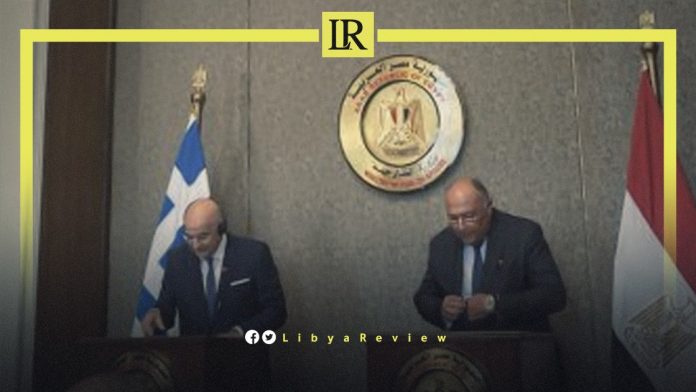 During a press conference with this Greek counterpart, Nikos Dendias, Egypt’s FM urged the United Nations to announce its position on the legitimacy of the outgoing Libyan government. “We confirm the necessity of holding elections in Libya, and supporting the efforts of the Libyan Parliament,” he added.

Dendias arrived in Egypt on Sunday to hold talks on the recently signed deal.

Recently, Egypt denounced the memorandum of understanding on energy between Turkey and Libya’s Government of National Unity (GNU), headed by Abdel-Hamid Dbaiba.

Spokesman for the Egypt Ministry of Foreign Affairs, Ahmed Hafez said in press statements that the “outgoing government in Libya does not have the authority to conclude any international agreements or memoranda of understanding.”