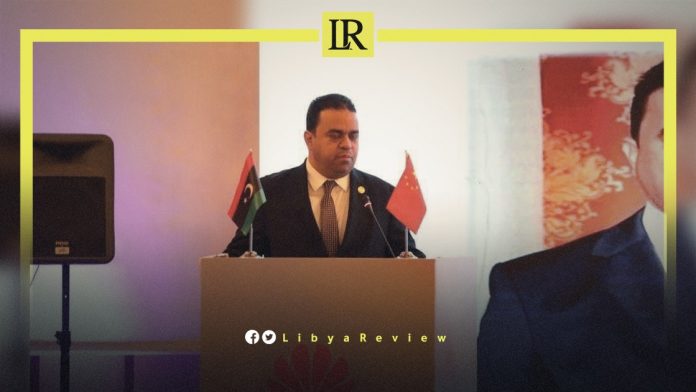 The Libyan Minister of Labour, Ali Al-Abed said that he “encourages more fruitful cooperation between Libya and China in the technology field.”

During the closing ceremony of the annual celebration of the Huawei Academy of Information Technology in Tripoli, Al-Abed praised the “strategic partnership between the Chinese company and Libyan state institutions.”

The ceremony was attended by the Chargé d’Affairs of the Chinese Embassy in Libya, and the Sub-Regional Director of Huawei in Libya and Tunisia.

The Libyan minister stressed the importance of activating the memorandum of understanding signed in February between the Huawei Academy, and the Human Resources Development Fund. This is to train and qualify job seekers in ICT-related disciplines.

In January, Al-Abed stated that the Libyan government plans to integrate youths currently belonging to militias, into the military and police. In a step to unify Libyan institutions, and rehabilitate youth involved in the civil war.

Al-Abed said that young men whose health status does not enable them to join the security institutions, will be reintegrated into society and be provided with an appropriate job in a state institution.

“There is more than one way to integrate them into institutions, or even to provide small and medium enterprises through the Libyan Financial Facilities Fund and the Human Resources Fund at the ministry,” Al-Abed explained.

He added that the young men will be trained for the labour market, and will receive a suitable job.

Observers believe that medium and heavy weapons must be collected, and for the establishment of strict laws to punish violators. This must be done before integrating the armed groups into state institutions.