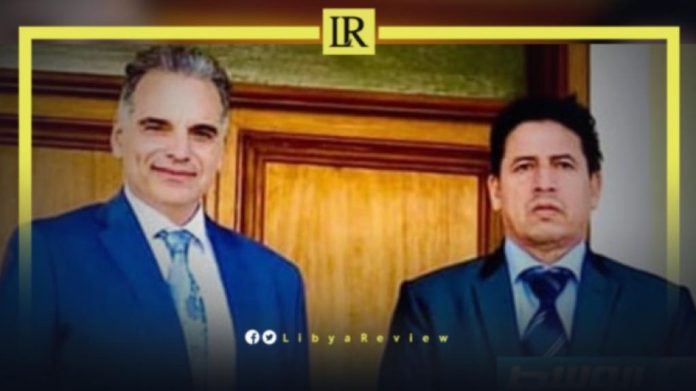 On Monday, the Chairman of the Foreign Affairs Committee of the Libyan Parliament, Youssef Al-Agouri said that “strengthening mutual coordination between Libya and Greece is necessary for the stability of the eastern Mediterranean region.”

This came during Al-Agouri’s meeting with the Consul-General of Greece in Benghazi, Stavros Venizelos.

They discussed a number of issues of mutual interest. As well as ways to enhance cooperation in the fields of healthcare, economy, and reconstruction.

The two tackled the latest developments in the exclusive economic zones of both countries, and the demarcation of their maritime borders.

During the meeting, Al-Agouri expressed his gratitude for the reopening of the Greek Consulate in Benghazi, stressing that this “indicates Greece’s keenness to develop its relationship with Libya.”

He also hailed the resumption of flights between the two countries, and voiced his aspiration to meet Greek Foreign Minister, Nikos Dendias during his upcoming visit to Benghazi.

In turn, Venizelos expressed his joy at assuming his duties as Consul General in Benghazi, stressing Greece’s keenness to strengthen its relations with Libya in all fields.

He noted that the Consulate will begin granting visas from Benghazi, to facilitate travel procedures for all Libyan citizens.

The agreements will allow for oil and gas exploration in Libyan waters, and comes three years after the two countries signed a maritime border deal, Turkish Foreign Minister Mevlüt Çavuşoğlu said after signing the MoU in Tripoli.

The Greek Foreign Ministry has said in a statement that it is following developments in Libya very closely, “especially Monday’s signing of a ‘memorandum of cooperation between the Libyan GNU and Turkey in the field of hydrocarbons. “