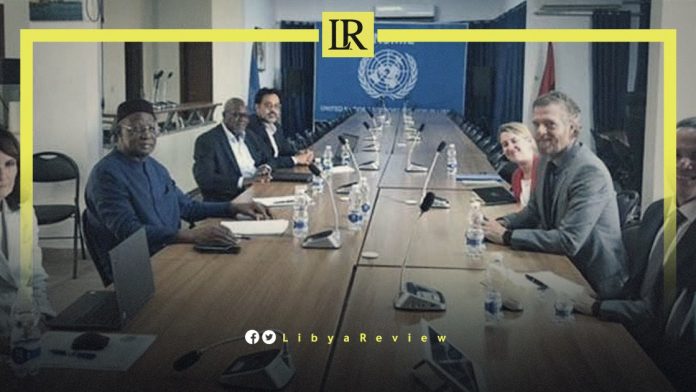 On Wednesday, the Chargé d’Affaires of the US Embassy in Libya, Leslie Ordeman held a meeting with the UN Special Representative to Libya, and Head of the United Nations Support Mission in Libya (UNSMIL) Abdoulaye Bathilye in Tripoli. During the meeting, Ordeman said that the United States (US) “fully supports the UN Envoy’s efforts to press for a political agreement that can lead to timely elections in Libya.”

This comes as part of a series of meetings held over the last two days, where he met with several cabinet members of the Tripoli-based Government of National Unity (GNU) to discuss transparency and financial accountability.

According to the US Embassy, they discussed “efforts to increase transparency and financial accountability in the public sector, for sustainable and inclusive development throughout Libya”.

Bathily, in his first briefing to the Security Council on Monday, said that the “political stalemate continues in Libya, and prospects for elections are dim.”

He also stressed that the “situation in Libya calls for a consensus state re-legitimation process,” according to UN Geneva website.

“Legitimate institutions capable of providing for the basic needs of the people must be established on the basis of a genuine political will. In this process, the conduct of legislative and Presidential elections is paramount,” the UN envoy explained.

He noted that the “political deadlock persists with no clear end in sight to the prolonged stalemate over the executive.”

The UN Envoy is holding the consultations “to design a response to these daunting political challenges”, as significant differences remain on how Libyans want to overcome the crisis.

“In response to the near-unanimous condemnation across the spectrum of the presence of mercenaries, foreign fighters, and foreign forces in Libya and the incessant foreign interference in the country’s affairs, I stressed to all my interlocutors that the solution to the crisis must come from inside Libya, on the basis of the will of the Libyan people,” he told the Security Council.

Bathily regretted that the “human rights situation in Libya remains concerning. Violations against migrants and asylum seekers continue with impunity while arbitrary detention continues as a common practice,” he said.

He called for the authorities to “take immediate measures to address the dire situation of migrants and refugees, and to dismantle trafficking and criminal networks.”