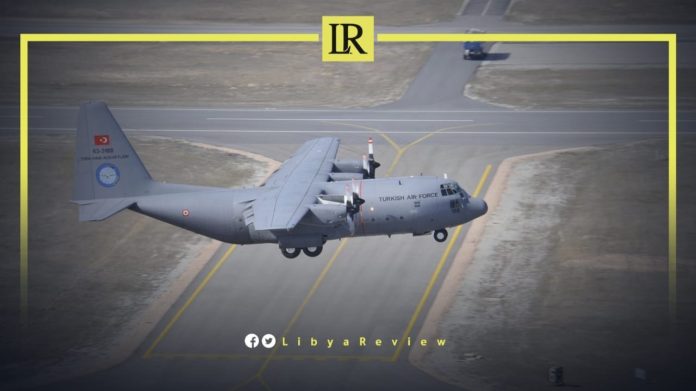 The Italian website, ItamilRadar, which specializes in monitoring military aircraft, reported that a Turkish military cargo aircraft landed in western Libya on Tuesday.

Turkey continues to send military aircraft to Libya, with more than ten planes landing at the Uqba bin Nafi Airbase in the Watiya region, in western Libya.

Jamal Shalouf, a Libyan researcher and the Head of the Silphium Foundation for Studies and Research, said that three Turkish military cargo planes, using tracking concealment techniques, have been monitored near Libyan airspace.

Shalouf claimed that the three planes are heading to western Libya, where the first flight is likely to land at the Air Force College in the city of Misrata. The second flight will land at Al-Watiya Air Base, and the destination of the third plane has not been specified.

Turkey is believed to control a number of military bases in western Libya, most notably the Al-Watiya airbase. Ankara also recruited more than 18,000 Syrian mercenaries, according to the Syrian Observatory for Human Rights (SOHR).

In June, the Turkish Parliament approved a motion to extend the mission of the Turkish troops in Libya for additional 18 months.