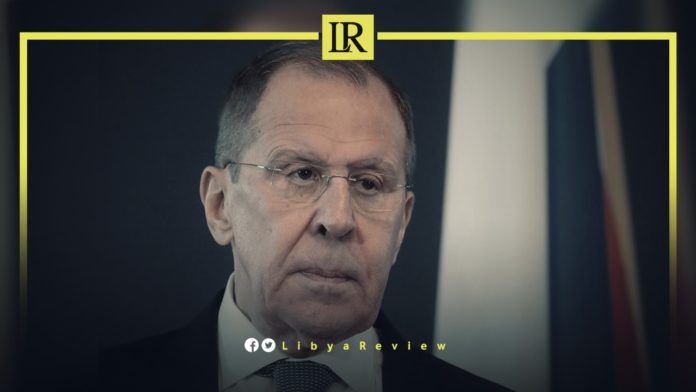 On Monday, Russian Foreign Minister, Sergey Lavrov said that “it is not important that foreign forces and mercenaries be withdrawn from Libya before or after December elections. Rather the process should be carried out gradually to prevent disruption of the balance of power between the two parties to the conflict.”

Lavrov added, in a press conference in New York on the sidelines of the United Nations General Assembly, that the Berlin II Conference stressed the need for all foreign militants to leave Libya.

Lavrov noted that the ceasefire had been in place for nearly a year, and “there was no justification for resorting to military solutions to end the country’s problems.”

Lavrov stressed Moscow’s willingness to help in the withdrawal of foreign forces and mercenaries from the North African country, within the framework set by the 5+5 Joint Military Commission (JMC).

Lavrov also reaffirmed the importance of reaching a nationwide consensus on key issues on the national agenda. As well as by taking into account the interests of all Libyans to maintain the unity, sovereignty, and territorial integrity of the country.

Lavrov emphasised the need to consolidate international support to further promote the political process under the auspices of the United Nations. This is in accordance with UN Security Council Resolutions 2510 and 2570 and decisions made during both Berlin Conference’s.

On Saturday, the Head of Libya’s Presidential Council, Mohamed Younis Al-Mnifi met with Russian Foreign Minister, Sergey Lavrov, on the sidelines of the United Nations General Assembly (UNGA) on Friday to discuss international aid to Libya.

Al-Mnifi and Lavrov stressed “the need to consolidate international support to further promote the political process with the leading role of the United Nations (UN), in accordance with the UN Security Council Resolutions 2510 and 2570 and decisions made during the international conference on Libya in Berlin,” the statement says.

In February 2021, a Government of National Unity (GNU) and a Presidential Council were elected by the Libyan Political Dialogue Forum (LPDF) in Switzerland. Their key tasks are to unite the fragmented country, and prepare Parliamentary and Presidential elections scheduled for 24 December.

During a closed session on 21 September, the Parliament voted to withdraw confidence from the GNU. It will continue its work as a caretaker government until the December elections.