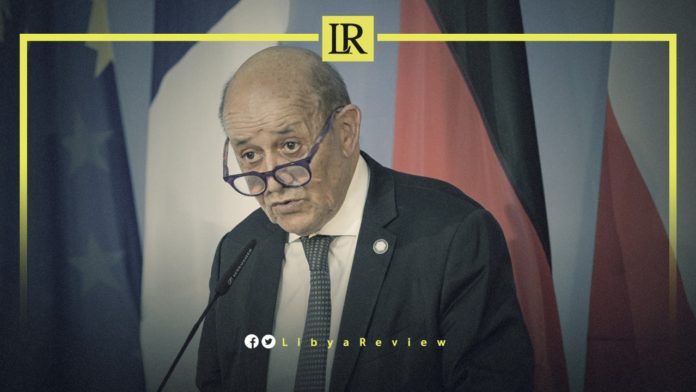 On Thursday, French Foreign Minister, Jean-Yves le Drian stated that next month’s conference on Libya, set to be held in Paris aims to provide a final international push so that elections would be held as scheduled, and endorse the departure of foreign forces.

In his speech during the Libya Stabilisation Conference in Tripoli, the French FM said, “the summit, organised with the United Nations, Germany, and Italy in Paris for 12 November, will gather regional and international heads of state. It will provide the last international impetus needed in support of the elections at the end of the year and endorse the Libyan plan for the departure of foreign forces and mercenaries and support its implementation, to put an end to foreign interference.”

It is hoped the international conference will help the rival Libyan parties find common ground, given the recent wrangling which has cast doubts over the viability of December’s presidential elections.

The Conference comes two months ahead of planned presidential and parliamentary elections, which are scheduled for 24 December, as part of the political roadmap agreed to in the United Nations-led peace process.