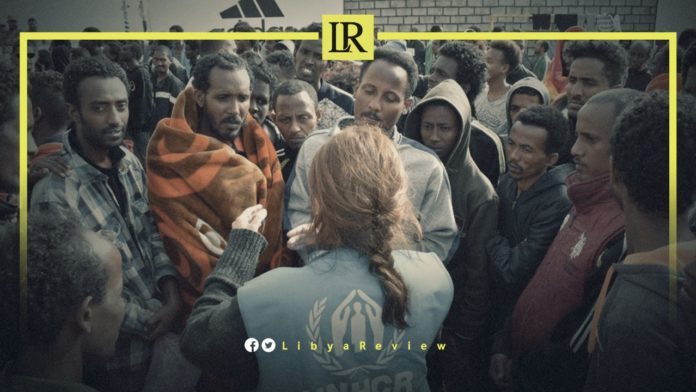 On Sunday the United Nations High Commissioner for Refugees (UNHCR) said that it deplores the violence which broke out during a demonstration outside its main office in Tripoli, Libya.

The UNHCR reported that at least 3 people were attacked, with 1 person taken to hospital.

The incident took place on Sunday morning outside the UNHCR’s Libya office, which also houses its registration centre.

“A small number of violent demonstrators tried to block refugees and asylum seekers, including women, children and families, from entering the premises for services,” it noted.

“As the staff tried to negotiate with them to let refugees in, 2 staff were hit as well as one security guard. The guard was taken to hospital with arm injuries,” the UNHCR added.

According to the UNHCR the main entrance to the building is now closed. UNHCR staff are still working inside and assisting more than 100 refugees and asylum seekers who are currently inside the building.

Protestors have been trying to block access of refugees and asylum seekers to UNHCR registration centre since the 3rd of November.

The UNHCR called on those outside its offices, who are demanding immediate evacuation from Libya, to let vulnerable asylum seekers and refugees to access the premises for the delivery of assistance.

The UNHCR expressed its extremely concerned that any disruptions to the work at the registration centre will affect its ability to process files for upcoming humanitarian flights out of Libya. This jeopardizes the departure of extremely vulnerable asylum seekers out of the country.

In October 2021, Libyan authorities arrested some 5,000 migrants during which 1 migrant was killed and 15 were wounded, according to the United Nations (UN). Several days later, some 2,000 migrants escaped from a detention centre in the Libyan capital Tripoli, as guards shot dead 6 migrants, International Organisation for Migration (IOM) said.

Libya has become the main port of departure for migrants in Africa ever since the 2011 overthrow of long-time dictator Moammar Gaddafi in 2011.