Bodies of IS Fighters Left to Rot in Libya for Years 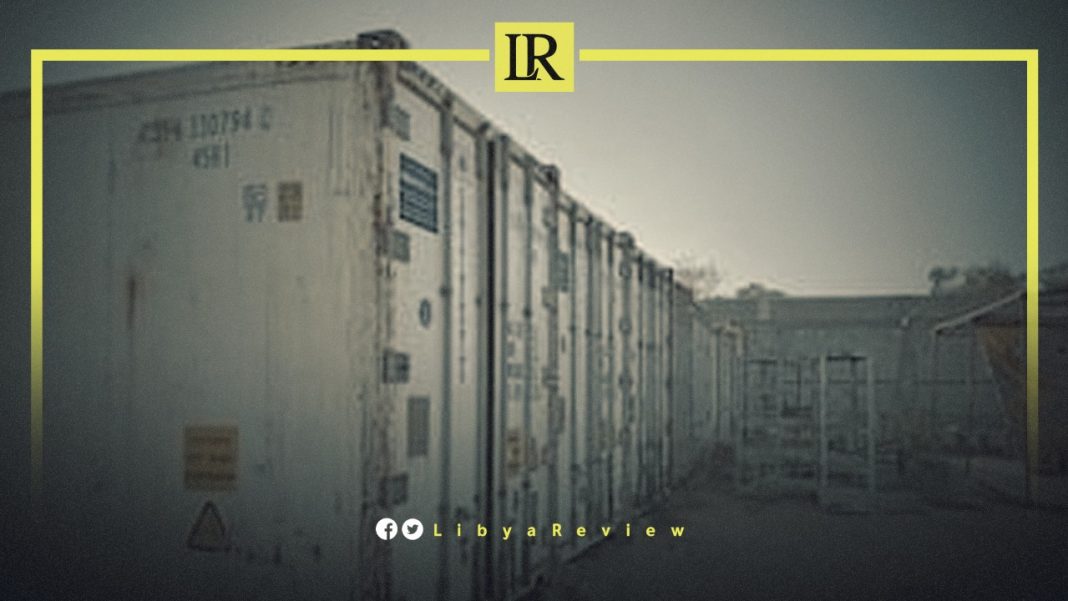 Hundreds of bodies of Islamic State fighters killed in Libya years ago are rotting in food freezers in in western Libya, according to Reuters.

Stored in a dusty corner of a compound outside Misrata, the 742 bodies were gathered in 2016 from battlefields and informal graves, but there was no agreement on how or where they should be buried.

Instead, Libya’s conflict rumbled on, frontlines shifted, governments changed, and financial crises came and went. The corpses, meanwhile, began to decompose, as power supplies to refrigerated containers were interrupted.

Originally assembled for identification and proper burial, even those fighters identified by documents or former comrades remain uncollected by foreign states or family members. This has left it up to the government to dispose of them.

The police unit running the compound says the interim government has assigned a budget to bury the bodies soon. Neither a date, nor a location have been announced.

One plan that assigned a burial ground in the city of Sirte, which IS seized in 2015 and held for over a year, was thwarted when frontlines moved. Another, to bury them at a cemetery originally dedicated to migrants who died while trying to cross through Libya and on to Europe, was cancelled because it was not big enough.

When Libyan forces overran the group in Sirte in late 2016, after months of fighting, hundreds of militants’ bodies were left under the rubble or in shallow graves their comrades had dug.

The previous government ordered bodies to be collected from the rubble and exhumed from mass graves for identification, and return to their countries of origin or Libyan families. It also wanted to gather evidence of the flow of foreign jihadists into Libya.

Using documents and photographs, and by speaking to captured militants, the authorities identified over 50 of the bodies. These were mostly from Arab and African countries, but also identifications of a British woman and a French child were made.

Now the police looking after the bodies say they hope the interim government can find a solution quickly. Four of the ten refrigerator units are not working, leading to the moving of bodies to the functioning units.