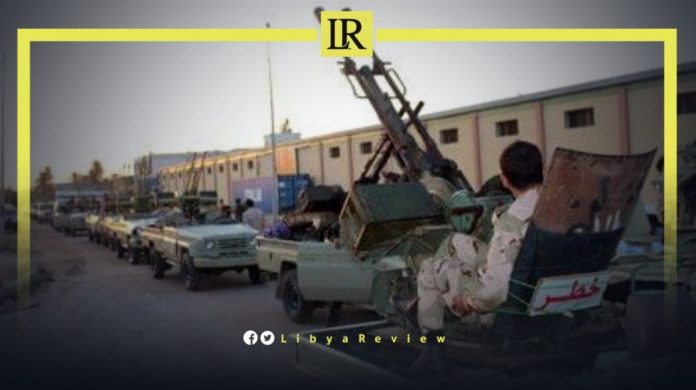 On Friday, a joint security and military force loyal to the outgoing Government of National Unity (GNU) intercepted a friendly military convoy. It claimed that there was a lack of coordination in advance with the GNU’s Defense Ministry.

A source close to the GNU said that the interception came on the instructions of “the Minister of Defense and Prime Minister, Abdel-Hamid Dbaiba.” This was to confront any military convoy that moved without prior permission.

“The armed men who were on board the military vehicles did not have any license to carry weapons, which is an explicit violation of the instructions issued Dbaiba,” claimed the source, who requested anonymity. He pointed out that the interception process did not result in serious clashes or casualties on either side.

The incident raised fears of a clash between GNU forces, and those of the newly elected government, which is backed by the eastern-based Libyan Parliament.

The new Prime Minister-designate Fathi Bashagha took his oath of office on Thursday. This is after his government emerged from confidence vote with 92 of 101 lawmakers in attendance approving of the decision. But Dbaiba rejected the Parliament’s move, saying he would only hand over power to an elected government.

Observers fear that Libya will return to having two opposing governments, threatening a resurgence of violence, risking the nation’s vital oil sector.