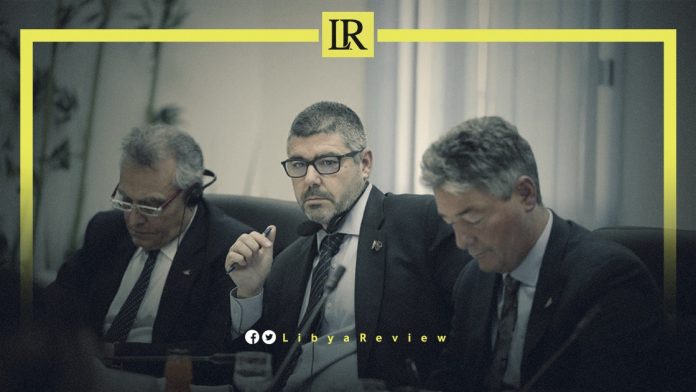 The European Union’s (EU) Ambassador to Libya, Jose Sabadell stated that Libya’s current priority is to avoid an escalation of the situation, and prevent a resurgence of violence.

Sabadell participated in an expanded meeting alongside a number of ambassadors to discuss the developing situation in Libya. The meeting was organized by the Head of Libya’s Presidential Council (PC), Mohamed Al-Mnifi in the presence of his deputy, Abdullah Lafi.

“I was honoured to participate in the meeting with the Presidential Council. Their support for UN Advisor Stephanie Williams’s proposal is a positive contribution to their important role to find a sustainable way out of the crisis,” Sabadell tweeted.

“First priority is to avoid escalation and violence in the current fragile situation,” he added.

The EU Ambassador reiterated the need to keep the oil sector away from political disputes, in order to benefit all Libyans.

Notably, the PC said in a statement that the meeting reviewed its efforts to advance the political process, secure national reconciliation, and address the political impasse.

The PC’s Spokeswoman, Najla Waheba said that Al-Mnifi reiterated his support for the initiative set out by Williams. As well as for the efforts of the Libyan Parliament and the High Council of State (HCS) to reach a consensus on the voting laws, and maintain the momentum for election.

The participants exchanged views on ways to resolve the Libyan crisis, based on the outcomes of the political dialogue.

Al-Mnifi confirmed that the crisis in Libya needs a political solution, pointing to the progress made on this track. “The Presidential Council will not allow a return to division or violence, it represents the unity of Libya, and we are committed to working with all parties,” he added.