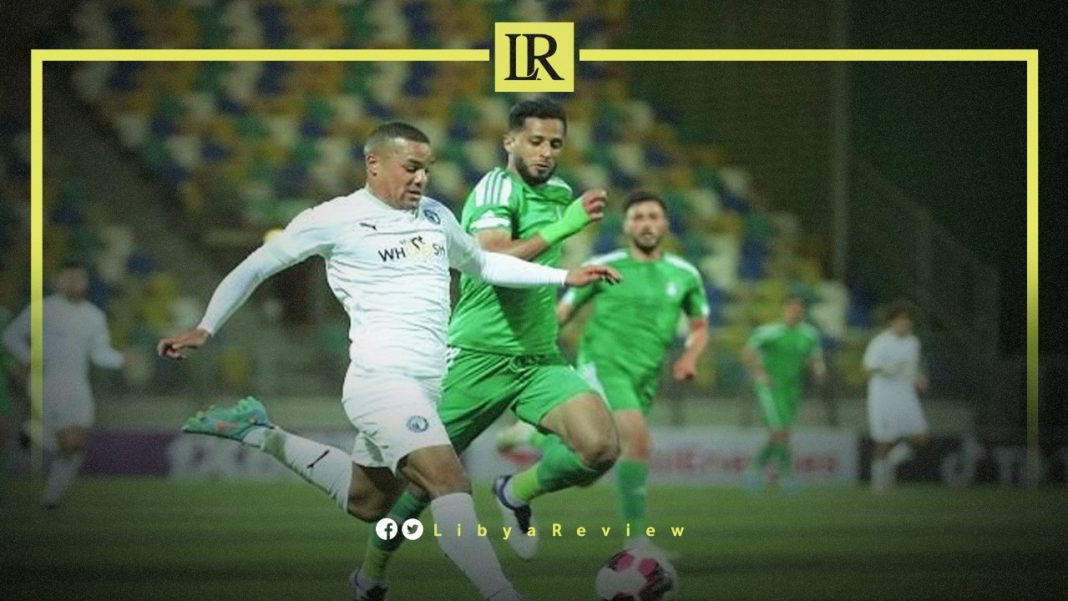 Libyan football giants, Al-Ahly Tripoli defeated Egypt’s Pyramids 1-0 in the 5th round of the group stage of the CAF Confederation Cup.

The two teams met at the Tripoli International Stadium on Sunday evening.

Al-Ahly Tripoli’s goal came, after a cross by Mohamed Tabbal from the right. Pyramids defender, Omar Jaber mistakenly scored an own goal in the 55th minute of the game.

In the 17th minute, a cross from Al-Tarhouni, Al-Ahly’s left-winger, reached Saleh Al-Taher, who shot the ball from inside the six-yard area, but it passed over the crossbar.

In the 25th minute, a shot from Nabil Dunga from the edge of the penalty area, was caught by Libya’s goalkeeper, Mohamed Nashnoush.

The 35th minute saw a cross from Mohamed Tabbal from the right, which was intercepted by Al-Taher, with a shot from inside the six-yard area, but it passed over the crossbar.

In the 45th minute, Ali Jabr a Pyramids defender, received a yellow card after a tough intervention in the middle of the field.

In the 70th minute, a free-kick for the Pyramids team near the penalty area was carried out by Hussein Al-Sayed. Al-Ahly’s defence managed to keep it to a corner kick.

In the 80th minute, a corner kick by Al-Sayed was successfully defended by Al-Ahly’s, keeping it away from the six-yard area.

After the game, Al-Ahly Tripoli moved up to 12 points, reaching first place in the first group standings. The Pyramids’ remained at 10 points, in second place.

Last month, Al Ahly survived a late scare to defeat CS Sfaxien 2-1 at the Benina Martyrs Stadium, in the second round of the first group matches.