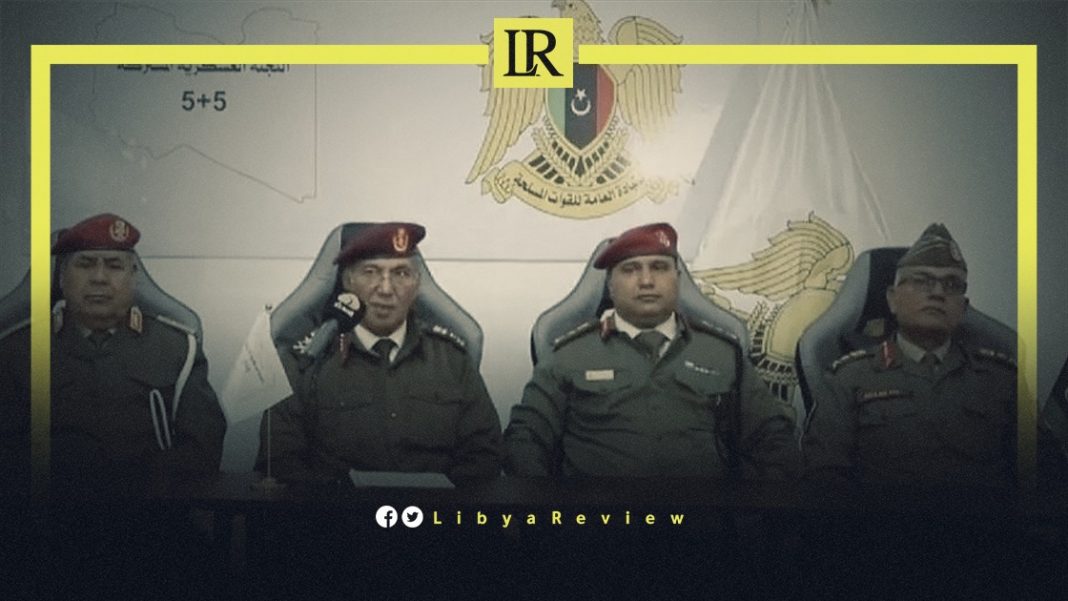 The delegation of the Libyan 5 + 5 Joint Military Commission (JMC) demanded that the export of oil and the closing the coastal road be halted. It called for the suspension of flights between East and West Libya, announcing that it would suspend its operations until their demands were considered.

The Libyan JMC accused the Head of the Government of National Unity (GNU), Abdelhamid Al-Dbaiba, of being behind the obstruction of the JMC’s work.

Despite this, the Libyan JMC did achieve successes. The JMC members indicated that the commission’s achievements were represented in signing the ceasefire and maintaining its continuity. This created the conditions for the success of the political path from which the Presidential Council and the government emerged. It secured a session of granting confidence to the government that was held in the city of Sirte.

In a statement, they added that the Libyan JMC’s efforts led to the start of procedures for unifying the Petroleum Facilities Guard (PFG), the exchange of detainees, opening and securing the coastal road, securing the man-made river line and opening the airspace.

The statement added that these efforts also created the conditions for holding meetings of military leaders from the east and west in Sirte, and preparing an integrated plan for the exit of mercenaries.

The commission accused the government of not complying with the decisions of the House of Representatives (HoR) by refusing to hand over power to the Government of National Stability in addition to looting public money.

They accused Al-Dbaiba of reneging on his vows not to run for elections, as well as of financial corruption, looting of public money, and the family’s dominance over government decisions.

The statement denounced not naming a Defence Minister, considering that the GNU Prime Minister is keeping this position for his personal purposes. The JMC condemned the continued suspension of the salaries of army personnel, which is a violation of the political agreement and human rights.