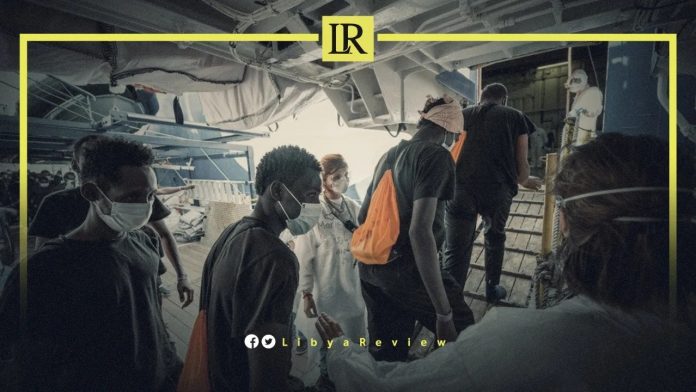 On Saturday, the European Commission was harshly criticized for its Libyan migration policy during a meeting of the European Parliament’s Committee on Civil Liberties, Justice and Home Affairs (LIBE).

The committee was addressed by Francisco Gaztelu, Head of the migration unit of the neighbourhood policy and enlargement directorate general.

Inma Vasquez from Médecins Sans Frontières (MSF) shared her “profound frustration” that her organisation has to repeat the same message that Libya is not a safe place to return migrants to.

She said migrants in Libya are vulnerable and end up being victims of violence and torture.

“Year after year the European Union (EU) is justifying the unjustifiable,” she said, adding that despite the EU claiming that its policies are not harmful, EU-funded reports have produced evidence of harm towards migrants.

Ian Urbina, an American investigative reporter, said there was “something inherently disingenuous with talking about this entire situation as a humanitarian effort and the funding of the Libyan Coast Guard as doing humanitarian work.”

He called the funding by the EU of Libya’s Coast Guard “a crime.” “In essence, merely saving migrants from drowning off the coast of Libya hardly constitutes humanitarian action when some, if not most of the detention centres they would be returned to are more like torture centres rife with rape, violence, torture, extortion and squalid conditions,” Urbina said.

The commission Representative said the EU mobilised €165 million for different projects and contributed to a safe passage and voluntary returns of over 60,000 migrants and evacuation of more than 7,500 asylum seekers.

Gaztelu also explained that the EU is engaged in strengthening border management to the tune of €20 million by supplying training and vessels to the Libyan Coast Guard to help with search and rescue operations.

However, the MSF’s Vasquez insisted Libya is not a safe place for migrants. She said of the 60,000 that had fled in 2021 around half had managed to reach Italy and Malta with the other 30,000 being returned to Libya.