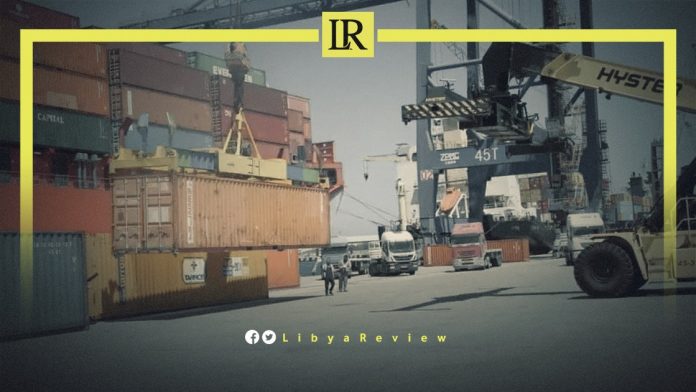 The tanker Sia Bridal, carrying 19,000 tons of flour, arrived at the Misrata seaport. The port administration announced the arrival of the VEGA SCORPIO ship to unload its cargo estimated at 87 containers of miscellaneous goods coming from the Greek market.

It is expected that the berths of the port of Misurata will receive the ship ATRIA, loaded with 30,000 tons of gasoline. The ship ALICUDI M is scheduled to arrive, carrying more than 31,000 tons of diesel, coming from the Italian market, according to Misrata seaport.

Earlier this month, the Chairman of the Libyan-Egyptian Chamber of Commerce, Ibrahim Al-Jarari, said that Egypt has excluded Libya from its ban on the export of basic food commodities.

Al-Jarari added in press statements that Egypt would continue to allow the export of flour, rice, and cooking oil to Libya.

At the end of March, the chamber submitted a request to the Egyptian government regarding the exclusion of Libya from the ban. This request was welcomed by Egyptian businessmen, who expressed their willingness to enter into mediation with the Ministry of Economy, and the Egyptian Cabinet to ensure a special waiver for Libya.

Last month, the President of the General Federation of Egypt Chambers of Commerce, Ahmed El-Wakil, stated that Egypt has stopped all exports to Libya. These goods include oil, pasta, flour, corn, chickpeas, and grains.

El-Wakil confirmed that this suspension will last three months, given the recent conflict between Russia and Ukraine.