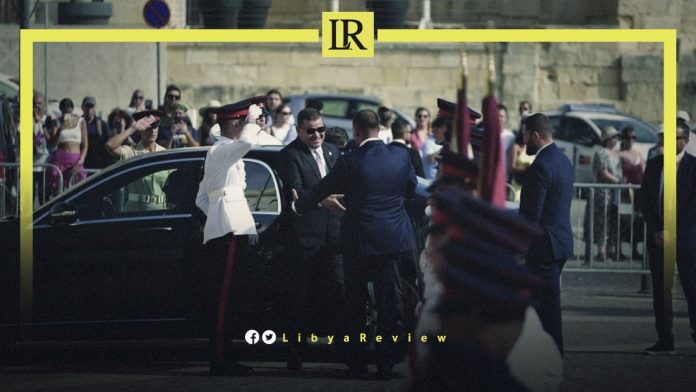 Libyan Prime Minister, Abdel-Hamid Dbaiba visited Malta last month to negotiate the release of millions of Euros in frozen Libyan bank accounts, according to the Times of Malta website.

Government sources say he was left “disappointed” when Prime Minister, Robert Abela privately turned him down.

Dbaiba was particularly interested in securing Libyan money once held at the now-shuttered Satabank, which has not been cleared for release.

Sources said Dbaiba asked for the Satabank funds, amounting to more than €10 million euros to be returned during a tete-a-tete with Abela on 31 August.

The former St. Julian’s bank is being liquidated and its clients’ funds are being held at the Central Bank of Malta. Funds are being gradually returned to depositors, but not where there are red flags or suspicion of impropriety.

Dbaiba travelled to Malta together with the governor of Libya’s Central Bank, Al-Siddiq Al-Kabir who also held a separate meeting with his Maltese counterpart, Edward Scicluna.

Sources said the Libyan premier was not only interested in Satabank funds. In June, a Maltese court ordered the Bank of Valletta to return over €90 million euros linked to the heirs of the late deposed Libyan leader, Muammar Gaddafi.

Replying to questions, a government spokesperson said: “There was no discussion about any particular bank or financial institution. However, there were talks about pending dues owed to Maltese business institutions, including in the healthcare sector. As well as funds which are currently held up in financial institutions for various reasons – including sanctions.”

She added that the decision whether to release the funds or otherwise “is not in the government’s hands.” The government, she said, “remains committed to respect decisions made by multilateral institutions”.

Clashes between supporters of both sides killed at least 32 people, and sparked fears of a major new conflict in recent days. Armed groups exchanged fire that damaged several hospitals and set buildings on fire after months of mounting tension.

Libya plunged into chaos following the 2011 overthrow and killing of Muammer Gaddafi in a NATO-backed uprising.