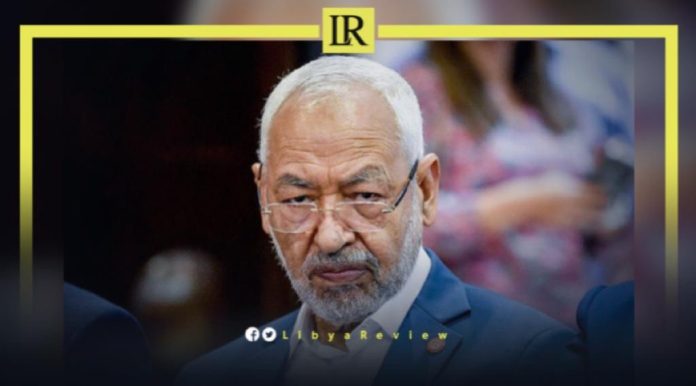 On Monday, the Head of Tunisia’s Ennahda party, and Speaker of the dissolved Parliament, Rached Ghannouchi appeared at a Tunis police station for questioning over accusations of sending jihadists to Syria.

Last month, several former security officials and two Ennahda members were also arrested. This was on charges connected to facilitating the travel of Tunisians to fight with extremist groups.

Over the past years, the Ennahda Movement has allegedly involved itself in neighbouring Libya; by heavily supporting the Muslim Brotherhood and its allies including extremist militias in Libya with weapons and mercenaries.

Ghannouchi is believed to have had a prominent role in supporting the militias in western Libya, as he helped release extremist suspects in Tunisia, and worked to transfer them to Tripoli. Many of whom fought during the recent conflict in exchange for promises including obtaining Turkish citizenship.

Moreover, Ghannouchi supervised the smuggling of weapons to Libya across the Tunisian border, in coordination with prominent members of the Muslim Brotherhood in Libya. As he is thought to have a close relationship with a number of figures affiliated with the group, such as Ali Al-Sallabi and Abdel-Hakim Belhaj.

In the aftermath of the 2011 civil war, which led to the overthrow of Muammar Gaddafi’s regime in Libya, Al-Sallabi acknowledged Tunisia’s role in supporting the “rebels” by smuggling weapons across the Tunisian border into Libya.

The practices of the Ennahda Movement and its President have fueled the conflict in Libya, resulting in severe internal tensions within Tunisia. This has resulted in Tunisian parties condemning Ennahda’s support for Libya’s militias, fearing it could drag the country into alliances harmful to Tunisia and Libya.

Ghannouchi dealt with the presence of the Muslim Brotherhood in Libya as an issue of the group’s survival in North Africa as a whole. Thus, he supported the Turkish presence in western Libya, and was involved in arms deals.

According to a probe published by the Tunisian newspaper Al-Anwar, under the title “Al Ghannouchi’s wealth,” the leader’s wealth amounted to about $1 billion dollars. These are located in Swiss bank accounts, and stakes in companies outside Tunisia, including three companies in France.

The paper said that this huge wealth came from arms smuggling deals to Libya. As Ghannouchi facilitated the smuggling of more than 20 arms shipments to Libya, in exchange for commissions of up to $30 million dollars.

This decision came in the wake of widespread protests across Tunisia against the PM and Ennahda, over the nation’s economic and social turmoil.

These events brought back memories of the Arab Spring, which began a decade ago in Tunisia, following the mass protest against the previous regime of Zine El Abidine Ben Ali.

The uprisings, which demanded an end to corruption and economic stagnation, managed to overthrow four Arab regimes in Tunisia, Egypt, Libya, and Yemen.

This sudden change opened the door to widespread security turmoil, the proliferation of arms, illegal border movements, and bolstered terrorism in the region. These revolutions did not eliminate corruption, rather the economic and living conditions worsened in several states.

The Muslim Brotherhood organization took advantage of these events, rode the crest of the revolutionary wave, and quickly secured power in Cairo, Tunis, and Tripoli.

In July 2014, millions of Egyptians took to the streets; calling for the overthrow of the Brotherhood government. The country’s security agencies, especially the army and police, responded quickly to these demands.

The same scenario has happened again in Tunisia, with the Tunisian people rising up against the policies and practices of Ennahda, its MP’s, and government ministers.

The events in Tunisia are a decisive blow to the party, leaving Libya its final stronghold.