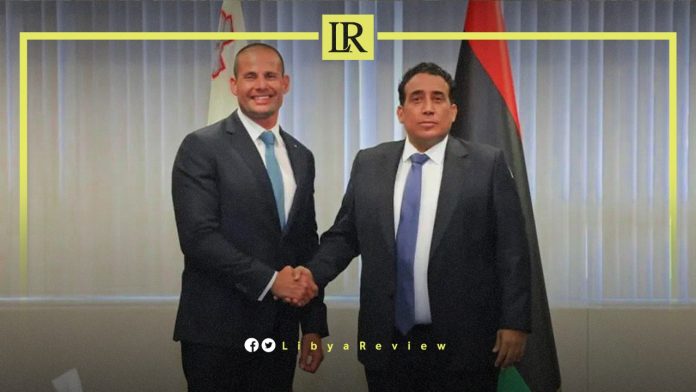 On Saturday, the Head of the Libyan Presidential Council, Mohamed Al-Mnifi held talks with Malta’s Prime Minister, Robert Abela. This was on the sidelines of the United Nations General Assembly in New York.

Abela stressed that Malta will “work tirelessly towards supporting the laudable and unwavering efforts of the UN Secretary-General, and his Special Representative to Libya.”

He also ascertained that Malta will “also continue to push for Libya to remain high on the EU’s agenda.” A point which will surely be reinforced, in view of the current geopolitical climate.

Discussions also focused on other possible areas of collaboration, including healthcare, trade, education, and energy.

He affirmed that Malta is “committed to retaining a strong relationship with Libya, and the Libyan people.”

Malta’s PM noted that the future of the country should only be decided by its citizens, and there should not be “any external influences.” He did not elaborate further.

Recently, Libya’s Minister of Oil and Gas, Mohamed Aoun met with the Maltese Ambassador, Charles Saliba in Tripoli. They discussed the return of Maltese oil and gas companies to work in Libya.

Aoun stressed the important role that Maltese companies play in Libya’s energy field. The Director of the General Department of Technical Affairs in the Ministry, and the Director General of Quality, Health, and Safety participated in the meeting.