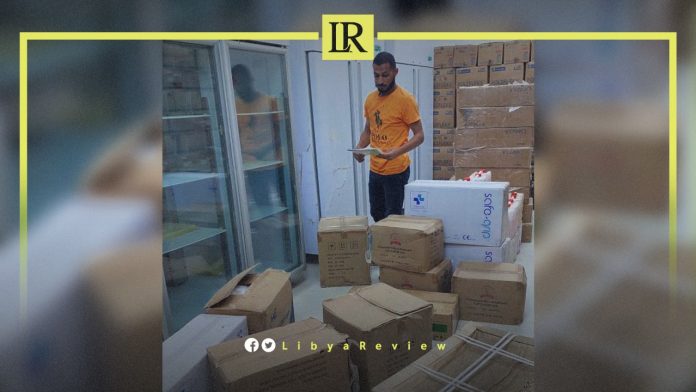 In a tweet, UNHCR added that the facility was the largest and oldest in the region. It serves a population of around 80,000 and provides free services to all, including both Libyans and non-Libyan nationals.

On Tuesday, UNHCR announced that it has targeted hundreds of vulnerable refugees living in Benghazi, eastern Libya, with emergency food assistance over a two-day distribution this week.

This was implemented in cooperation with the World Food Programme (WFP), and with the support of local partners, the Libyan Humanitarian Relief Agency.

UNHCR tweeted that this was the fourth distribution of its kind this year.

In early September, UNHCR announced that it completed renovation work at the Al-Majed School in Derna, eastern Libya. It added that “pupils at Al-Majed School will have a better learning environment, thanks to rehabilitation work carried out as part of UNHCR’s Quick Impact Projects.”

The UN body explained that nearly 800 students will benefit from the project, both displaced Libyans and non-Libyans.

UNHCR also announced that it had completed renovation work in southern Libya’s Arab Al-Sahraa primary school in Bent Baya municipality. It noted that “thanks to rehabilitation work at the school, nearly 200 children have a safer learning environment.”

The work was overseen by its partner, the Agency for Technical Cooperation and Development (ACTED). The school hosts both Libyan and non-Libyan students.

In August, UNHCR completed the renovation work at the 17 February Primary Health Care Center in Ajdabiya, eastern Libya. UNHCR said that a ceremony marked the completion of renovation works.

“Quick impact projects like these help to strengthen access to basic services & community cohesion in areas affected by displacement,” it added.

In June, UNHCR noted that the 17 February School in Ghat had completed its renovations. It added that this will ensure a safe learning space for 180 children, including displaced youths and refugees.

It explained that this work was part of the Blueprint for Joint Action by UNHCR and UNICEF, aimed at strengthening support for children on the move.