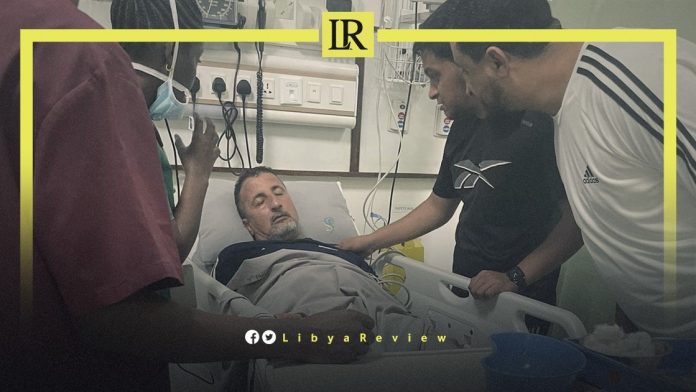 On Sunday, the Speaker of the Libyan Parliament, Ageela Saleh held a telephone call with the Head of the Al-Akhdar football team, which is currently in Tanzania for a game against Azam FC.

During the talks, Saleh was briefed on the “health and safety of the team’s players and members of the delegation, after deliberately being subjected to anaesthesia.”

Saleh called on “the Libyan Football Association to follow up on the investigations into this incident, and to take the necessary measures that guarantee the safety of the delegation and preserve the right of Libya and its representative in the African Confederation Cup.”

The Al-Akhdar Club Administration announced that its delegation had been subjected to “deliberate anaesthesia”, which resulted in members needing to be transferred to a hospital in Tanzania.

They also called on the Libyan Minister of Sports, and Football Association to “assume their responsibilities and intervene in the face of the obstacles facing the team in Tanzania.”

Al-Akhdar had won its first-leg match against Azam, at the Benina Stadium in Benghazi 3-0.

In the first leg of the CAF 32 round, Al-Naser also faced the Rwandan Kigali at the Huayi Stadium in Rwanda.

Notably, the Libyan Football Federation (LFF) has succeeded in lifting a nine-year ban imposed on Libyan fans from attending matches.

Supporters had to watch matches from their homes, cafes, or other public spaces such as Martyrs Square in the capital city.

Libya was barred from hosting matches, initially because of the civil war that broke out in 2014. Clubs had to use neutral venues to host the Mediterranean Knights ‘home’ World Cup and Africa Cup of Nations qualifiers across the continent.