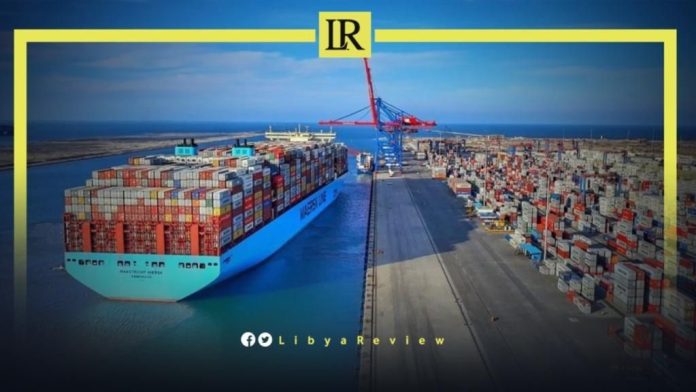 The Turkish Exporters’ Assembly said that the value of Turkish exports to Libya for 2022 amounted to $2.4 billion dollars. This ranks the country third among African countries in importing Turkish products.

The assembly added that exports to North African countries increased by 5.1% compared to 2021, reaching $13.1 billion dollars. According to the assembly, chemicals, steel, grains, legumes, and oilseeds were at the forefront of Turkish exports.

Notably, the Tripoli Court of Appeal ruled to suspend the implementation of the Libyan-Turkish memorandum of understanding on oil and gas exploration in the Mediterranean.

This came after five lawyers had appealed to the Court of Appeal against the agreement signed by the Tripoli-based government with Ankara.

They argued that the Libyan Political Agreement “prevents the Dbaiba government from concluding any international agreements.”

They pointed out that the agreement violates many items of the oil law, most notably the lack of Turkish companies’ experience in this field. As well as “violated the State Audit Bureau law in controlling public funds. As well as the state finance law of 2008, regarding the management of state funds.”

On his part, Libyan lawyer, Walied Ragab praised the decision. He added that “the important thing is that no one is above the truth, and the law must be respected.” He confirmed that “this can only be done with the courage and wisdom of the Libyan judiciary. Great appreciation and respect for the independent judiciary in Libya.”