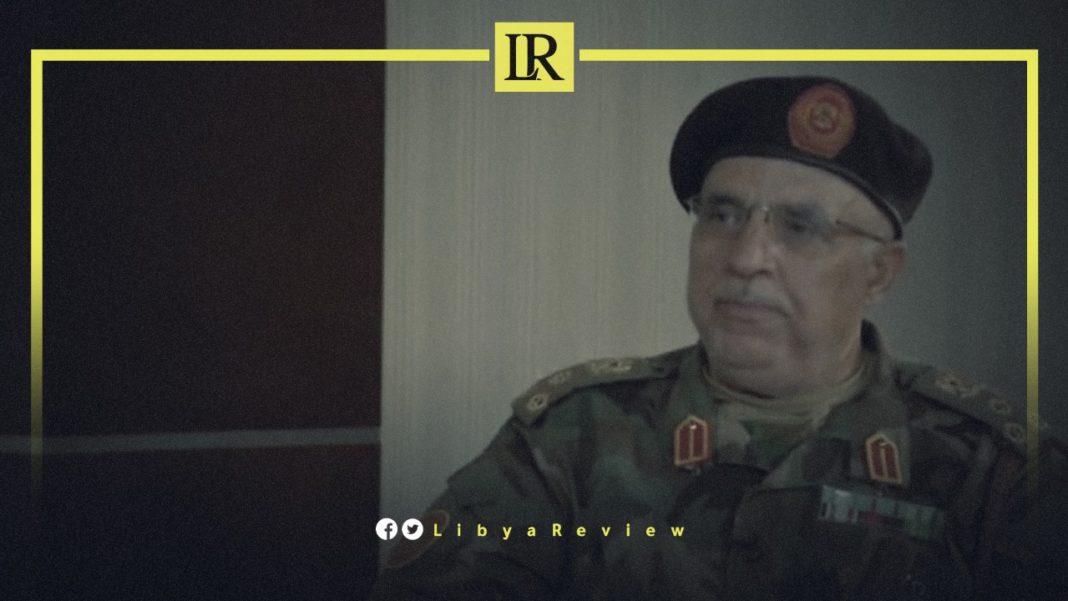 On Monday, member of the Libya’s 5+5 JMC, Major General Al-Fituri Greibel revealed that the commission will meet in Geneva this weekend, to discuss the expulsion of mercenaries and foreign forces.

In press statements, Greibel indicated that the United Nations Support Mission in Libya (UNSMIL), and international parties are expected to attend the meeting in Geneva.

The JMC member noted that international observers have not yet arrived in Sirte, except for one previous visit in which they identified some sites.

The JMC member added that the deportation plan will be in two phases. The first in which, the mercenaries will be expelled, and the second during which the foreign forces will be removed.

The JMC member explained that the meeting’s agenda will be determined in the first session. He pointed out that the most prominent issue, in any case, will be the expulsion of mercenaries and foreign forces from Libya.

“There is no specific date yet for the start of any phase, but we hope to start implementing the first phase before the start of the elections. We want elections without mercenaries,” the JMC said.

On Sunday, Libya’s Foreign Minister, Najla Al-Mangoush confirmed that a number of foreign fighters have already left the country. This comes as the interim government seeks to mobilize international support to withdraw the remaining forces.

“The reports are correct. There is a very modest start,” Al-Mangoush said at a news conference in Kuwait, according to Reuters.

In October 2020, the two parties to the Libyan conflict signed a ceasefire agreement. They agreed for foreign fighters to leave the country under the supervision of the United Nations within 90 days, but this has not been implemented so far.

Last February, the Libyan Political Dialogue Forum (LPDF) in Geneva elected a transitional authority to run the country’s affairs until the upcoming general elections on 24 December.

In September, during a closed-door session in Tobruk, Libya’s Parliament has decided to withdraw confidence in the Government of National Unity (GNU).

According to Parliamentary Spokesman, Abdullah Blaiheg, out of a total of 113 MP’s present, 89 voted in favour of the move. He added that GNU headed by Abdel-Hamid Dbaiba would now act as a caretaker government, with reduced powers.