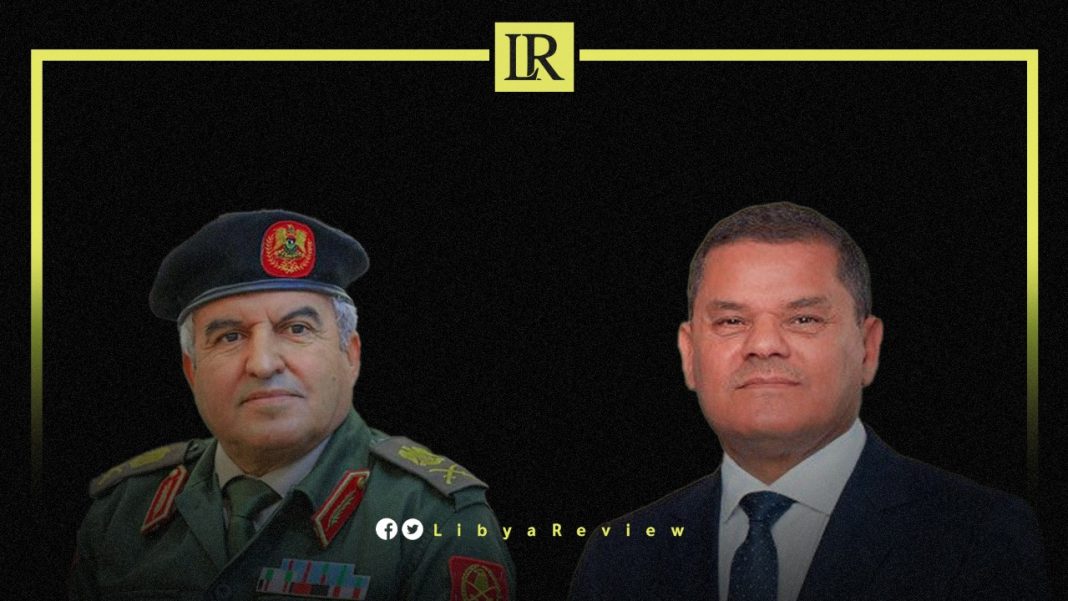 The Director of the Moral Guidance Department of the Libyan National Army (LNA), Major General Khaled Al-Mahjoub claimed that the Libyan Prime Minister of the Government of National Unity (GNU), Abdel-Hamid Dbaiba, was under investigation for a number of embezzlement cases. He added that Dbaiba, “will fall and go, as others went before him.”

Al-Mahjoub noted that Dbaiba, “wasted the efforts of the Libyan 5+5 Joint Military Committee (JMC) to establish and maintain the ceasefire, and unify the military institution. He made many false promises, and worked with the intent of trying to undermine the armed forces.”

Regarding the terrorist attack in the Umm Al-Aranib region, he continued: “the terrorist organizations formed a coalition with the organized crime gangs. These were engaged in fuel smuggling, human trafficking, kidnapping, and extortion. The Libyan Army secured the cities and regions of southern Libya, and cut off their routes. That is why they formed this coalition. The checkpoint was shot at, and the perpetrators fled. The martyr, Siraj Al-Ferjani died as a result of that operation.”

Notably, Al-Mahjoub stated that the recent attack at Umm Al-Aranib is, “a desperate attempt by IS to prove its existence in any way. The remote attack outside the camp is a warning after the killing of several IS leaders. They want to show that they are able to react.”

Al-Mahjoub explained that, “the organization’s leaders are cooperating with cross-border gangs operating in the area. Some cells may be elsewhere, as a result of their alliance with transnational gangs.”

He stressed that LNA forces, “are capable of reaching them, and are ready to respond.” He added, “the more IS announces itself, the more severe the strikes. A move of this kind must be followed by a sweep and a hunt. We have the air force and are able to reach them, wherever they are. It is clear, as the covert operations indicate, the weakness of the organization.”

Earlier, Al-Mahjoub announced the killing of two IS terrorists in southern Libya. He explained that this came as part of a security operation carried out by a Libyan Army-affiliated military unit. It had targeted an IS hotbed, led by Moataz Ahmed, east of the city of Qatroun.