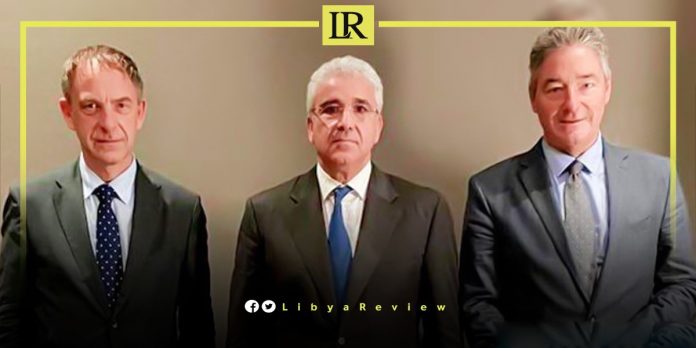 The German Ambassador to Libya, Michael Ohnmacht, said that he along with the German Special Envoy to Libya, Christian Buck met with the Libyan Parliament-designated Prime Minister, Fathi Bashagha.

In a tweet, Ohnmacht added that the meeting “discussed the situation in Libya, and how to overcome the current impasse and move forward towards elections. “

Developments in Libya, especially with regard to the latest maritime energy exploration deal signed with Turkey, were the focus of talks between Greek Foreign Minister, Nikos Dendias and German Ambassador, Ernst Reichel.

The German Foreign Ministry Spokesman, Christopher Burger said Greece is “not bound by any agreement that is made by two other parties at its expense.” This was in reference to the controversial Turkish-Libyan energy deal signed on 3 October.

During the meeting, the Greek FM claimed that they had “sovereign rights in the area” which it intends to “defend with all legal means, in full respect of the international law of the sea”.

Notably, Dendias and his Egyptian counterpart, Sameh Shoukry discussed the legitimacy of the recently signed Turkish-Libyan memorandum of understanding.

Dendias posted on Twitter about his phone call with Shoukry, saying both sides challenged the “legitimacy of the Libyan GNU to sign the said MoU,” and that he will visit Cairo for consultations on Sunday.

Parliament Speaker, Ageela Saleh said the agreement was “illegal because it was signed by a government that had no mandate.”