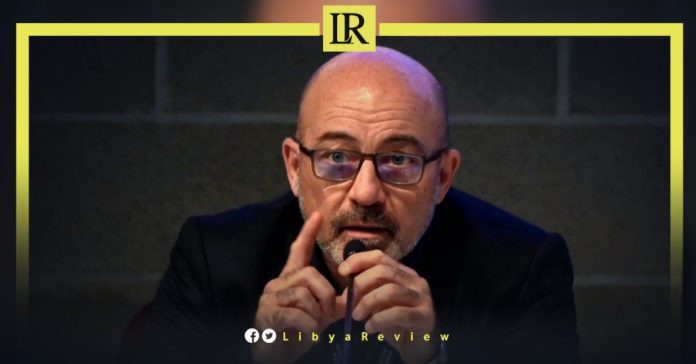 Italian Ecology Transition Minister, Roberto Cingolani said that Libyan gas is being considered by Rome as a replacement for current Russian imports.

Cingolani added that a series of talks are underway, expecting the first deals to be concluded in the next few weeks.

The minister explained that they are seeking to add 10 billion cubic meters of gas, from pipelines in Algeria, Libya, and Azerbaijan this year.

That number should be more than 20 bcm when these new flows become fully operative by 2024.

Italy sources about 40% of its gas imports from Russia. It has been scrambling to find alternatives and diversify its supply lines, following Moscow’s invasion of Ukraine.

Besides boosting its pipeline capacity from the south, it is keen to increase liquefied natural gas imports from markets like Qatar, the United States, and Mozambique.

Italian Prime Minister, Mario Draghi said that Italy, which has pipeline connections to Algeria, Libya, and Azerbaijan, is keen to increase LNG imports to cut its reliance on Russia.

“There is another hypothesis, the EastMed gas pipeline… The EU Commission is studying the feasibility of the pipeline,” Draghi said, according to Reuters.

State-controlled energy group Eni (ENI.MI) has in the past said gas projects in east Mediterranean countries such as Egypt, Cyprus and Israel could be key to helping Europe diversify.